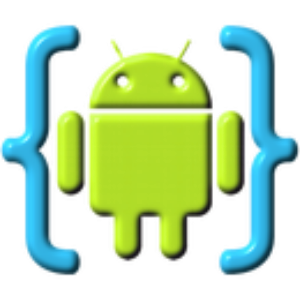 AIDE features interactive lessons with step-by-step instructions to learn Android app development and Java programming skills. Follow the lessons, become an expert and apply what you've learned in your own app projects.

Alternatively you can keep your sourcecode on your Dropbox - AIDE integrates with Dropbox and allows to easily download from your Dropbox and sync back your changes. AIDE can also open Android Studio projects, which follow the default folder structure. AIDE also supports Git for professional development.

Purchasing AIDE Prime, the AIDE Premium Key, the debugger or the UI designer disables all ads in the app.
A brief summary of features...

Real-time error checking:
- Real time error analyis throughout the whole project as you type
- Automatic Quick-Fixes for many errors
UI design:
- Preview XML layouts
- Jump from view in the designer to the XML element

To summarize:
AIDE offers Java programming for the beginning, intermediate or advanced programmer. Beginners can learn to code, developers can do real development. Using the advanced editor with code completion and syntax highlighting to edit Java and XML files, then compile the software, the use the Compiler to turn it into an app. AIDEs incremental Compiler is blazingly fast. Interoperiability with Android Studio, Eclipse and commandline SDK Tools is provide. Not only does AIDE Support Java development but C and C++ native development is supported as well. 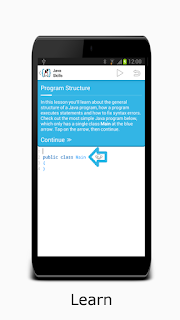 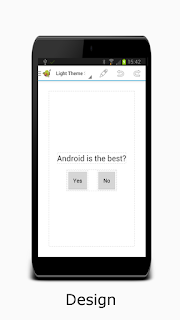 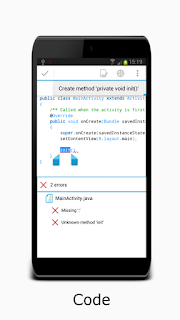